Thomas Rivera is an engineer physicist and holds a PhD in optics and photonics. During the 90s, he contributes to the optical study and to the fabrication of bistables semiconducting microcavities and also on quantum state of squeezed light at the joint lab CNET Bagneux /CNRS.

In 2000, he joins France Telecom R&D now Orange Labs to be responsible for various R&D activities in Telecom notably on mobiles by satellites, Wi-Fi networks and VoD services. In 2007, he joins the direction in charge of the energy consumption reduction of Telecom networks. He takes the responsibility of the research project “Smart Devices ” dedicated to the autonomous sensors and to the Internet of Objects. Since 2019 is the responsible for the contribution of Orange to the European project OpenQKD and coordinator for the consortium ParisRegionQCI future quantum fibre backbone in region IDF. 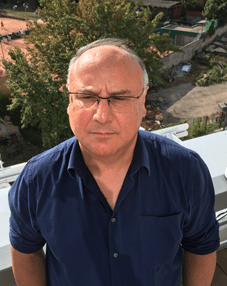