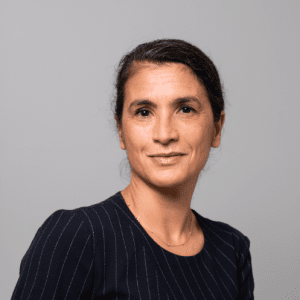 A former student of the Ecole nationale d’Administration, Marie-Cécile TARDIEU has been committed since 1999, at French Treasury, in support to the internationalization of French companies, from France or in emerging countries (Brazil, Hungary, Vietnam, Morocco). She is Chief Operating Officer Invest at Business France.

Business France, the national agency supporting the international development of the French economy, is committed to making France more and more attractive for foreign investors. Since 2017, its teams in Paris and 75 locations in 56 countries including overseas, with the support of its regional partners as part of Team France Invest, have played a key role in the implementation of more than 7,000 projects in France. As a “one-stop shop” for investors, the agency provides legal information and site selection studies, arranges finance packages and establishes connections with key decision makers, at both national and regional levels. Business France also leads initiatives to better address the needs of foreign investors. For example, with the “Welcome to France” desk, the agency has helped more than 6,000 talented people and their families to set up in France.