Jean-François ROCH is professor of physics at the Ecole normale supérieure Paris-Saclay. His research, conducted at the LuMIn laboratory (Université Paris-Saclay, ENS Paris-Saclay, Centrale-Supelec and CNRS), focuses on the study of crystalline defects in diamond and their use as quantum sensors.

He and his team integrate these sensors into diamond anvil cells to characterize new quantum states of matter that appear at pressures greater than a million atmospheres. He participes to the steering committee of the Quantum Center of Université of Paris-Saclay, which federates research teams on quantum technologies.

He is co-director of the coordinated research laboratory on quantum sensors between LuMIn and THALES. He also coordinates the EQUIPEX+ e-DIAMANT project which aims to create a national network on the scientific and technological applications of diamonds. 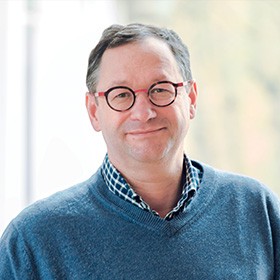