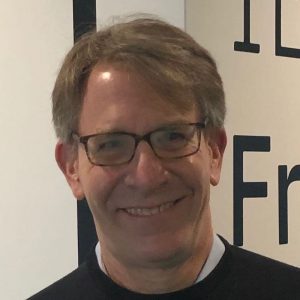 Mr. Davis has spent over 30 years between Silicon Valley and France building and bringing to market software products to help businesses be more agile and take better decisions using AI.  He led EMEA sales and professional services for ILOG, one of the first and most successful French AI startups, acquired by IBM in 2009.   He has helped American, French, and other European companies build and deploy their intelligent software systems.   He is passionate about ethical and socially responsible use of AI technology to help companies and individuals.

He started his career as a researcher at Xerox PARC in Palo Alto, California, and has SM and BS degrees in Artificial Intelligence and Computer Science from MIT in Cambridge, Massachusetts.